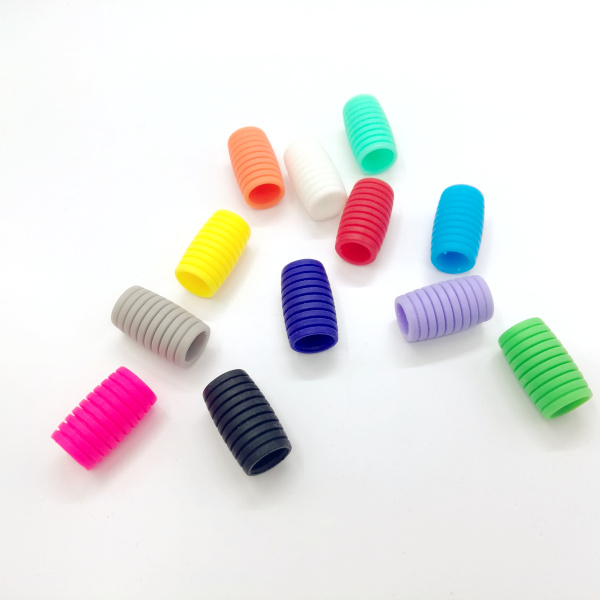 Feature picture from this >Taobao seller<

Back to mid 2015 guys, I am going to tell you a story about Beifa’s grips and why they appeared again at this period.

It was exactly 5 years ago. A Taiwanese guy, let’s call him « Alex » (this is not his real name) contacted me on my >Facebook page< because he wanted to sell some stuff, such as Pentel colored watercolor, HGG and some others Taiwanese stuff (700N, ACT, etc).

Quickly, he explained me that he is a huge seller and provider of pens used for penspinning. One of the first story that he told me was about the new ACT :

From these lines, I started understanding which kind of guy was talking to me at that moment. I thought I could ask Alex if he can sell some hard stuff to find. I requested for >sailor sub< (check the affiliate link):

And 1 month after, he succeeded to contact the provider of the link and :

The fun fact is, the grips are absolutely awful because very hard and slippery (I still have them in my stuff aha). Though, I am using them for the >IM* Hybrid<

In the meantime, Alex tried selling me his main products as before (HGG, ACT, etc) But I was not so interested.

In the beginning of september 2015, I found a chinese provider website showing pens with beifa grips. So, I asked him for a new request : get beifa grips ^^

Some days after this talking, Alex received the grips :

It was how I succeeded to get my black beifa some years ago. Also, this same guy started a new project : send an inquiry to the same factory that made the black beifa in order to get more color of beifa grips :

Now, you can find them easily on most of penspinning eshop since some years 🙂 Fun fact to conclude, Alex never wanted to admit that if he succeeded all of this business was partly thanks to me. Anyway I don’t want any recognition or fame from you. I thought it was a funny fact to tell ^^

It is absolutely amazing because we could think firstly that these grips are a copy, but they are actually legit, made by the factory that made the legit beifa ! ^^ It is actually a new way of thinking about « legit and copy » debate.

If you want to make some research about beifa company, here are the keywords : ningbo beifa group co. ltd

thank you for reading this story, see you next time =)

Partager la publication "The amazing story of the Beifa grips"